The Zino Platinum Z- Crown line of cigars was originally released in the year 2017. The cigars were released in two sizes; with each size featuring its own unique blend of tobaccos. The sizes in question are the Z- Crown Chubby (4 15/16 x 54 Perfecto) and Z - Crown Stout (7 x 52 Belicoso). One of the many things that make this cigar special is the amount of ageing dedicated to the tobacco. Dominican tobaccos are aged 8 Years, then expertly blended with tobaccos specifically chosen to accentuate exceptional flavors. Rolled and rested for an additional 4 Years to reach achieve peak maturity. The end result after 12 Years of impeccable care and patience is an absolutely phenomenal cigar worthy of celebrating life's special special occasions. Another aspect of this cigar that is unique is the way it is presented. Each cigar is housed in its own royal blue, lacquered coffin.The coffins are packaged in very modern, but elegant ten count box. Each box featuring a mirror on the inside of the box, the box itself is impeccably crafted and worthy of display. In my opinion the Z - crown has the most impressive packaging of any cigar in recent memory.

The cigar begins with a dominant woodsy/cedary flavor; featuring subtle hints of cocoa, coffee and very subtle hint of pepper.as the cigar progresses a creminess begins to introduce itself into the mix; this was very complementary to the woodsy note.Overall the cigar has fairly complex flavor profile, and carries a medium body.The tremendous amount of age contributes to the overall smoothness of the smoking experience, and the cohesiveness of the blend.

2021 Brings Another Davidoff Limited Edition to the Humidor 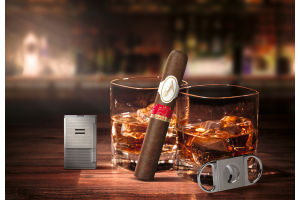 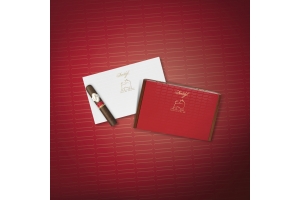