The Davidoff Aniversario No.3: A Standout Cigar Available at Regency Cigar 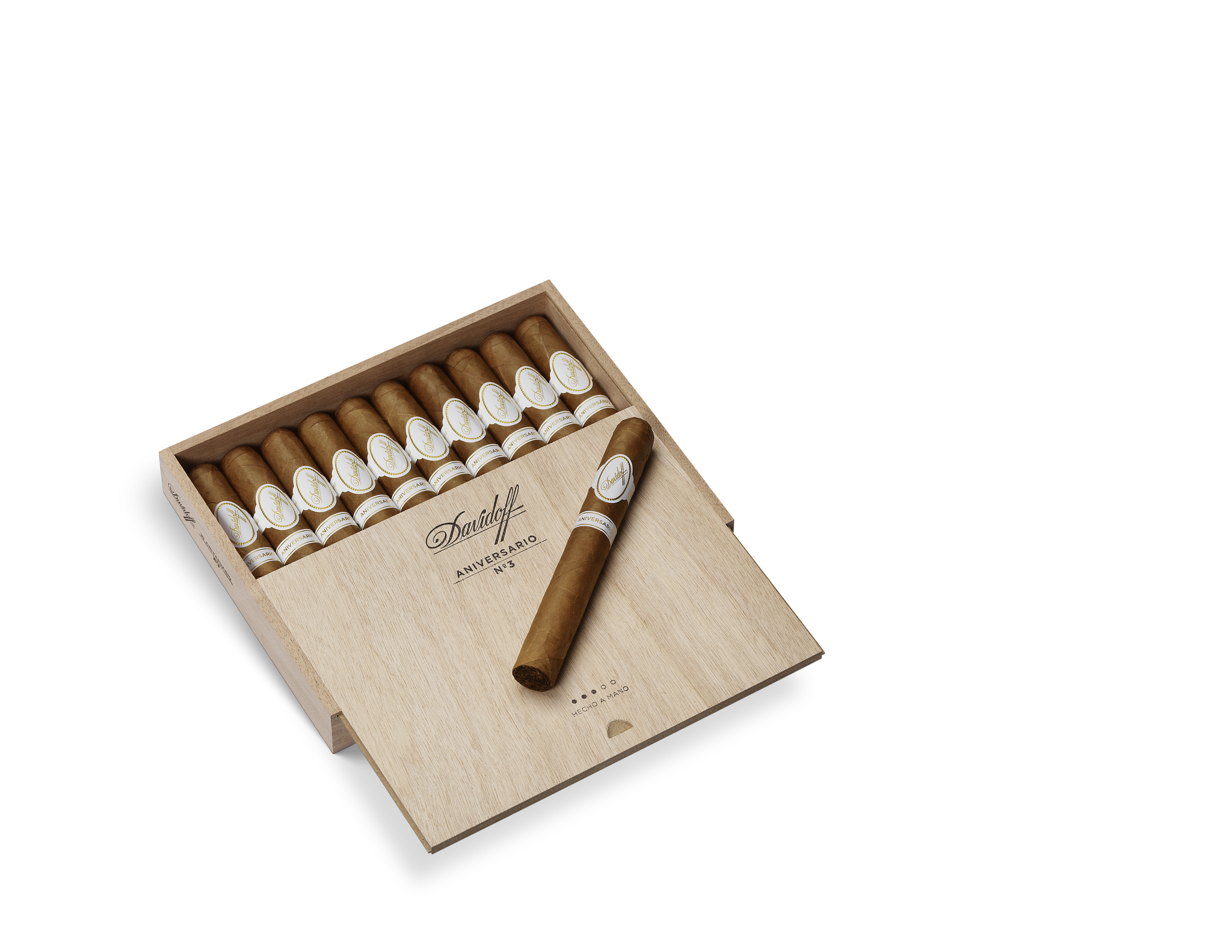 The cigar begins with notes of cedar and a slight spice; the spice is more present on the retrohale. The spice is balanced nicely by a subtle, but lingering sweetness. As the cigar progresses, a bit of earthiness begins to present itself; although the cedary wood is still the most predominant flavor. The spice also begins to ramp up slightly, as you pass the halfway point of the cigar.Its important to note that also though the spice increases ever so slightly; the cigar remains expertly balanced by the sweetness. The most notable things about the Aniversario No.3, is how smooth this cigar is from start to finish. At its peak I would classify this cigar as slightly over medium bodied. This is a fantastic cigar that can be smoked anytime of day, and can be enjoyed by anyone. Its rich and flavorful enough to be an after dinner cigar; while being smooth and mild enough to be a morning cigar paired with coffee.