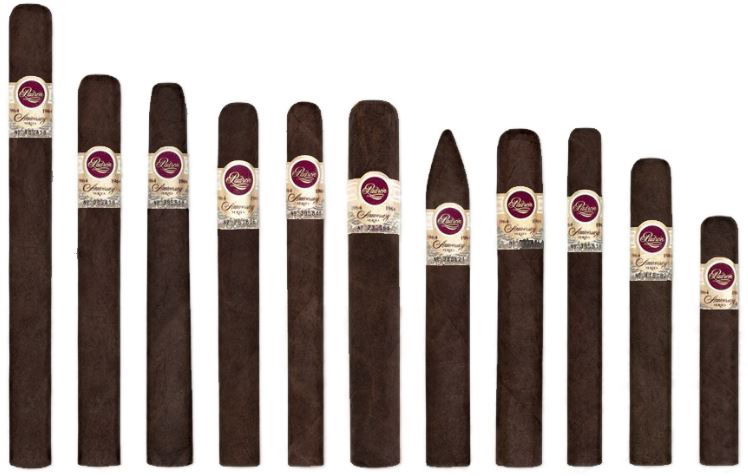 The Padron 1964 Anniversary line of cigars was introduced in 1994, to commemorate the companies 30th anniversary. Many will argue that the 1964 was the blend that put Padron on the map; catapulting them to where they are today. Today Padron is one of the most recognizable, and awarded brands in the industry. The tobacco for the 1964 Anniversary is aged at least four years and is rolled, then boxed pressed to honor the age-old Cuban tradition of box pressing cigars. Each size within the line is blended as a Nicaraguan puro, and is offered with either a sungrown, or maduro wrapper leaf.

After lighting the cigar; the initial thing most people notice when smoking a Padron is the cigars draw. Padrons tend to be on the looser side; putting out tons of thick textured smoke. The cigar provides ample flavors of semi-sweet baking chocolate, earth, leather, and just the right amount of pepper to balance everything nicely. The cigar stays pretty consistent for me throughout as far as the flavors go, but when the flavors are this good that's not a bad thing. The cigar also starts, and finishes squarely between medium and full bodied. Over the years the 1964 line has been a go-to for many cigar smokers including myself; since its inception in 1994. If you're looking for a rich and flavorful cigar, at a great price point look no further then the Padron 1964.